BlueGrass West! is pleased to annouce that an additional band has been book for our event at the Grange Hall. In addition to Peter Feldmann's trio with David West and Tom Lee featuring traditional bluegrass music, we'll be hear a set of Gypsy Swing Jazz of the type developed by Django Reinhart in the 1940s.

We are pleased to welcome Solvang's Steve Ochoa and his group, The String Swing Quartet 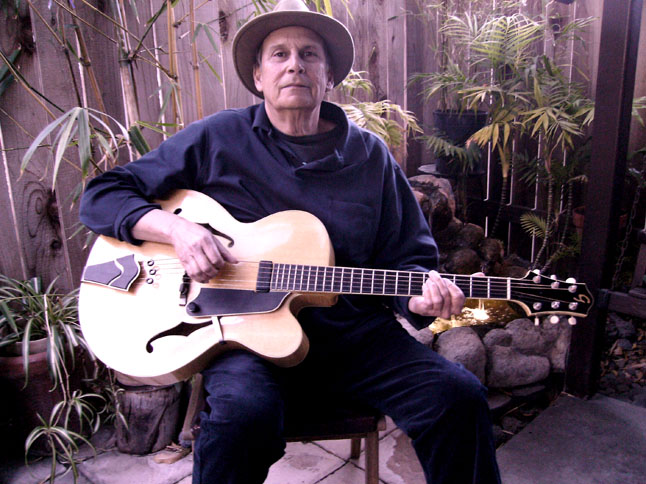 The String Swing Quartet is composed of four long time Central coast Musicians versed in many styles of music coming together to play Jazz Standards with an added Gypsy flare. They will add another side of American Music to the show at The Grange.

Steve Ochoa; Vocals and Guitar -- Steve found early jazz and swing music while growing up in L.A. then traveled all round the Northwest playing Country to Rock and Roll then settled in the Santa Ynez Valley playing and teaching for the past twenty years.

Neil Andersson; Gypsy Guitar -- Neil Moved recently to the Central Coast from Seattle where he was a member of the Gypsy Jazz Band “ Pearl Django”. Neil has been focused on this style for many years but admits to being part of the infamous “Wailers” of Seattle Rock and Roll history! A great band with a national hit “The Tall Cool One”.

Jay B. Meiselman; Harmonicas -- Jay carries an arsenal of Harmonicas of all keys and kinds everywhere he goes. He’s ready to blues it up or country-fy at the drop of a hat! Now come hear him play the standards.

Tom Lee; Upright Bass On loan from “The Very Lonesome Boys” and one great musician!!